Hey there guys
Long time fan of the site and the builds posted here. New member but I wanted to make a thread to document my first scale-ish build. Some scale element, mainly in the drive train and suspension will be less than scale in the interest of performance and let?s face it smiles down the road running it on my rock crawling course.

The truck is going to be inspired by some of the largest trucks on the planet that service the harsh environment and terrain of the oil fields. These trucks generally have gigantic tires to overcome the soft muddy terrain with a large winch mounted behind the cab, the use this winch to load up skids that carry many kinds of equipment in the oilfields, from drilling equipment to living quarters for the employees.

I believe I have to make a post or two before I can post pictures, the site says I can?t yet post attachment but I have began the build with 3/4 1/16 aluminum channel for frame rails and a Peterbilt can from a kids toy. As a caterpillar technician I?m quite comfortable in the shop fabricating and wrenching on cat equipment but I?ve never dove into a project like this so I?m quite excited.

I?ll post pictures as soon as SBG big brother allows.
The truck will be 1/14-1/12 ish. The cab measures make it sort of in between the two. While I understand many of you are dedicated to strict and precise scale I hope you?ll bear with my while I learn and get started.

I also want to make the truck where I can swap different bodies behind the cab to convert the truck from an oil field truck to a rotator wrecker to a logging truck depending on what I?m feeling like doing while playing with the truck.

I?ve purchased axles from a Chinese built truck the HG 601 which I may come to regret but I couldn?t find a scx10 style pass through axle around and got impatient, I?ll be running an Rc4wd outcry 2 with a 45t brushed 540 motor mostly due to the cost. I?ll likely upgrade down the road. It?ll be running an scx10 trans/t-case with a cheap eBay 6 channel transmitter/receiver. I?ve also purchased a 1/10 winch for the large winch that goes behind the cab on the oil field rigs.

Any advice on lighting and sound? Also if someone could give me the low down on the magnet body mounting that would be great. All my other trucks have had clips

Welcome to the forum!

Looking forward to seeing this. By the way, newer scx10II axles now offer a passthrough and flipped final unit to maintain direction.
C

Thanks for the reply. Your styrene videos have been a lot of help for a guy that's never worked with the stuff before.
That makes sense with the attachments, server space and all that jazz.

Any source on those passthrough scx10II axles? I've been searching for axles for weeks and finally settled on the Chinese knock offs out of frustration.

Thanks again for clueing me in on the pics

CatTech said:
Thanks for the reply. Your styrene videos have been a lot of help for a guy that's never worked with the stuff before.
That makes sense with the attachments, server space and all that jazz.

Any source on those passthrough scx10II axles? I've been searching for axles for weeks and finally settled on the Chinese knock offs out of frustration.

Thanks again for clueing me in on the pics
Click to expand...

I figured out how to share some pictures, I plan on upgrading my account soon to make sharing pics easier. 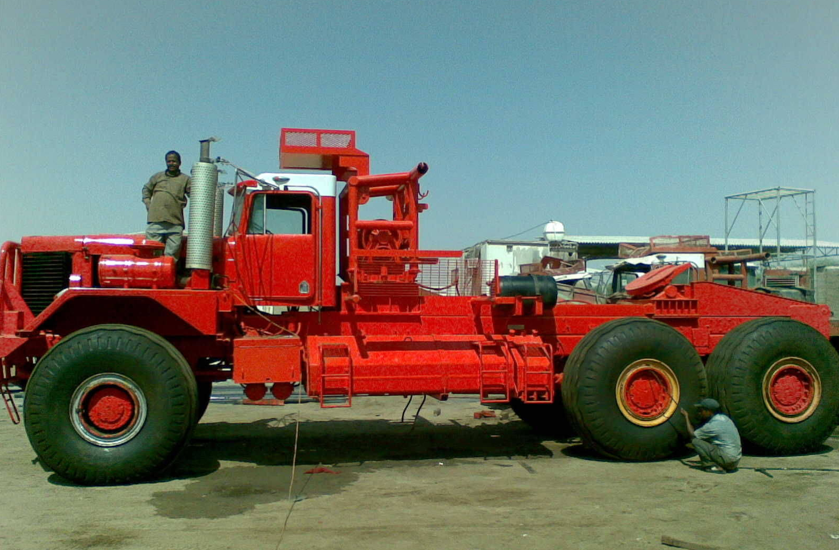 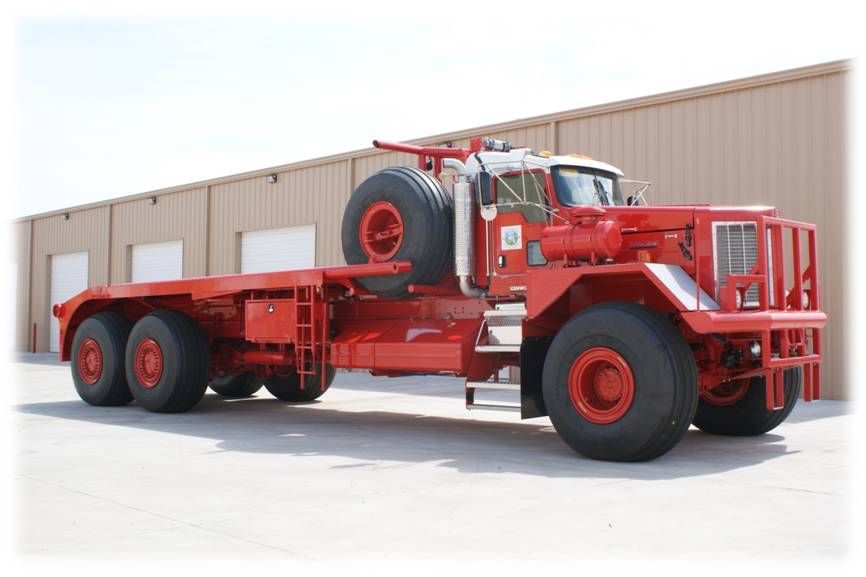 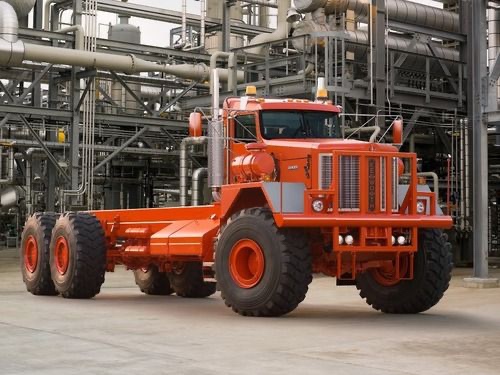 The truck will be based on this style of heavy duty truck. I really like the rugged look with the additional guards and protection. The squared fenders look really cool. 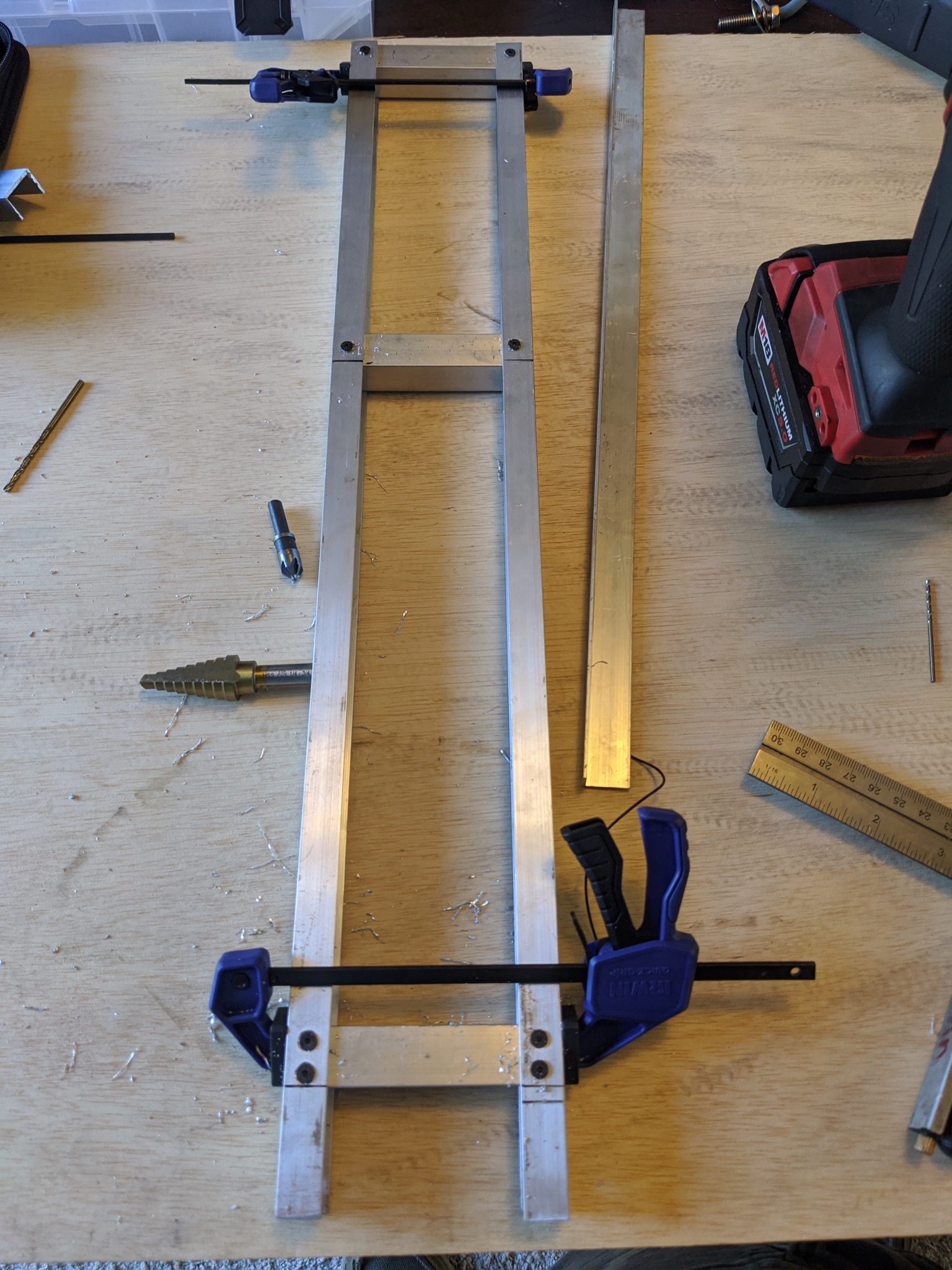 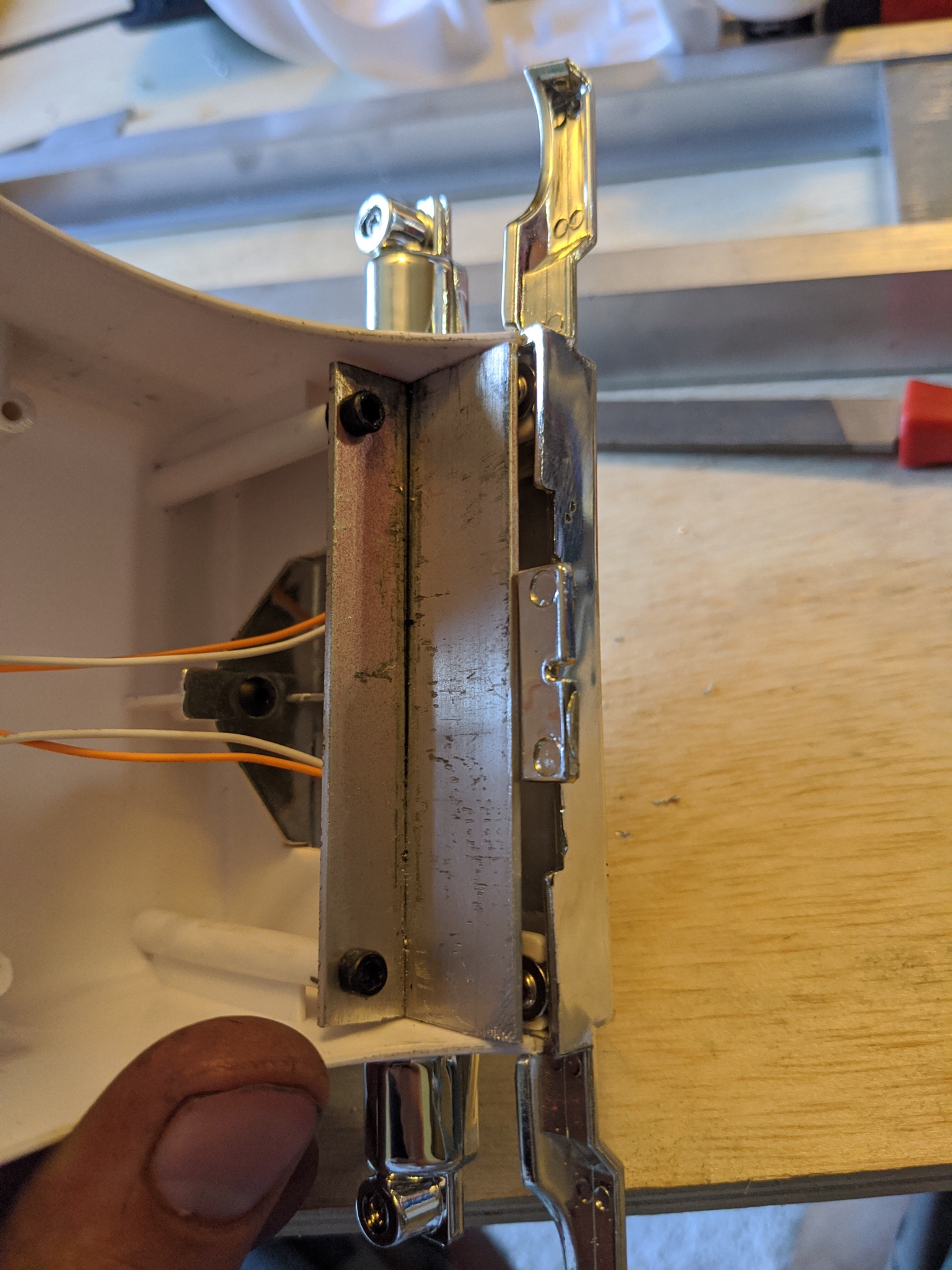 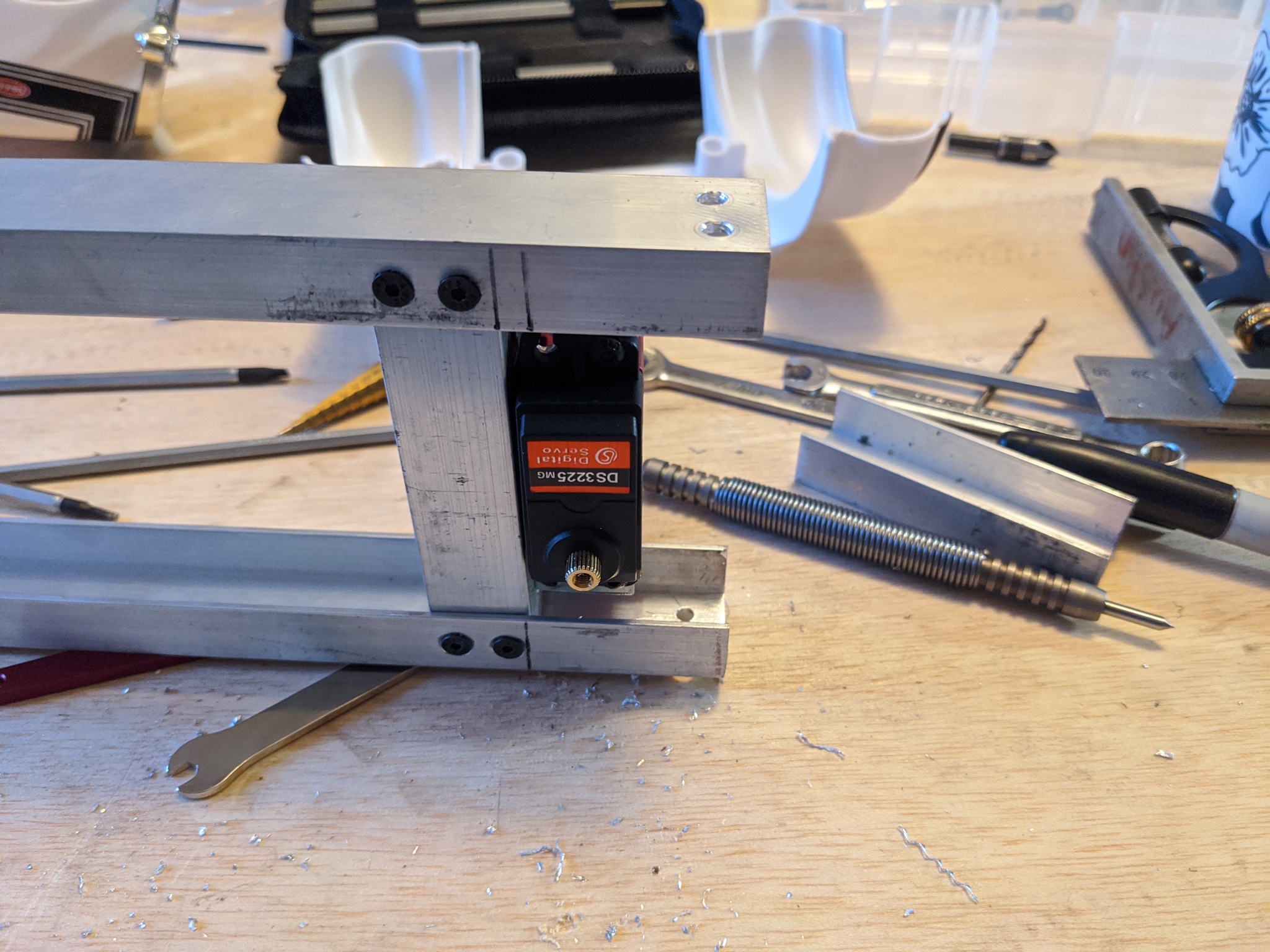 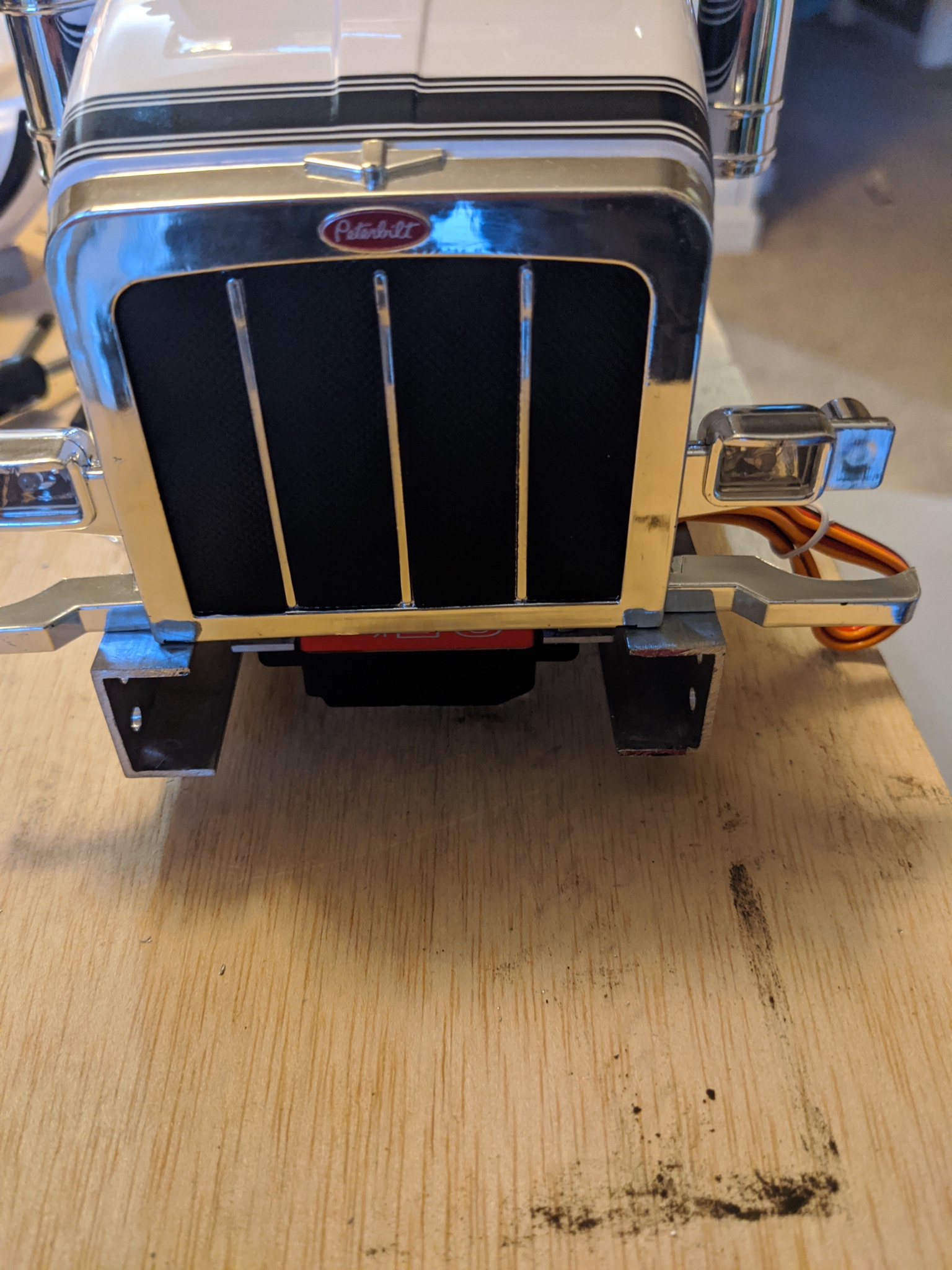 I’ve got the frame mostly mocked up and the steering servo mounted up. It’s just a cheapo Amazon servo, advertised at 25kg. We’ll see about that (haha)

I need to mock up some shock hangers. Im planning right now on using the Rc4wd scale-ish shocks with internal springs. I’m undecided if I want to do a 3 link set up on the front with the shocks or try to do a leaf set up. I’ve been tossing around doing a walking beam set up on the rear tandems. The issue with this set up is a lack of flex, it’s designed to carry substantial load not flex a whole lot. I’m thinking maybe some soft leafs with the shocks to help with some of the weight. I’ve seen others do the mirrored 4 link set up but I’ve seen those have issues with torque twist on the middle axle. The other idea I had was to go with more proven set up on lots of modern trucks. This consists of lower links, an upper torque rod and air bags. I would substitute the bags with coil overs or the internal spring shocks. I’ll have to wait to see the axle and drive line set up to see how much movement the driveline between the rear axles allows as this will most likely be the limiting factor.

Flex is overrated, and it's not even Friday.

Looks to be a good foundation and a fun reference. Can't wait to see more!
C

I think it may have been an oversight in building the frame without planning for the transmission mounting and location but we'll deal with that when I receive the transmission.

I love how out of scale these trucks look with the giant tires. So it will end up being 1/14 or so with 1/10 tires.
Obviously these rigs are meant for sand and mud not rock crawling so I won't be going nuts with the flex. The fenders on the front will prevent a whole lot of flex. The one thing I want to avoid is having the truck too high, I've seen others that end up this way and it looks pretty odd.

The reference photos show the large fuel tank mounted on the frame. This thing is like 300 gallons or something like that depending on the model. I want to make a fuel tank like this on each side of the truck and have them hold the batteries. I'm planning on running two batteries to keep up with demands of the truck and winch and still have a long run time. Do you guys think it would be a problem having the batteries towards the middle of the frame or should I try to shove them under the cab?

Also when working with styrene I know you guys have a thing for boxes. What can I do to fashion an access door on the tanks to facilitate battery access. I'm thinking a hinge and a type of latch. I don't want to have to undo screws to access the batteries is my thought but I want to be able to have this thing take a tumble and not have a yard sale either
C 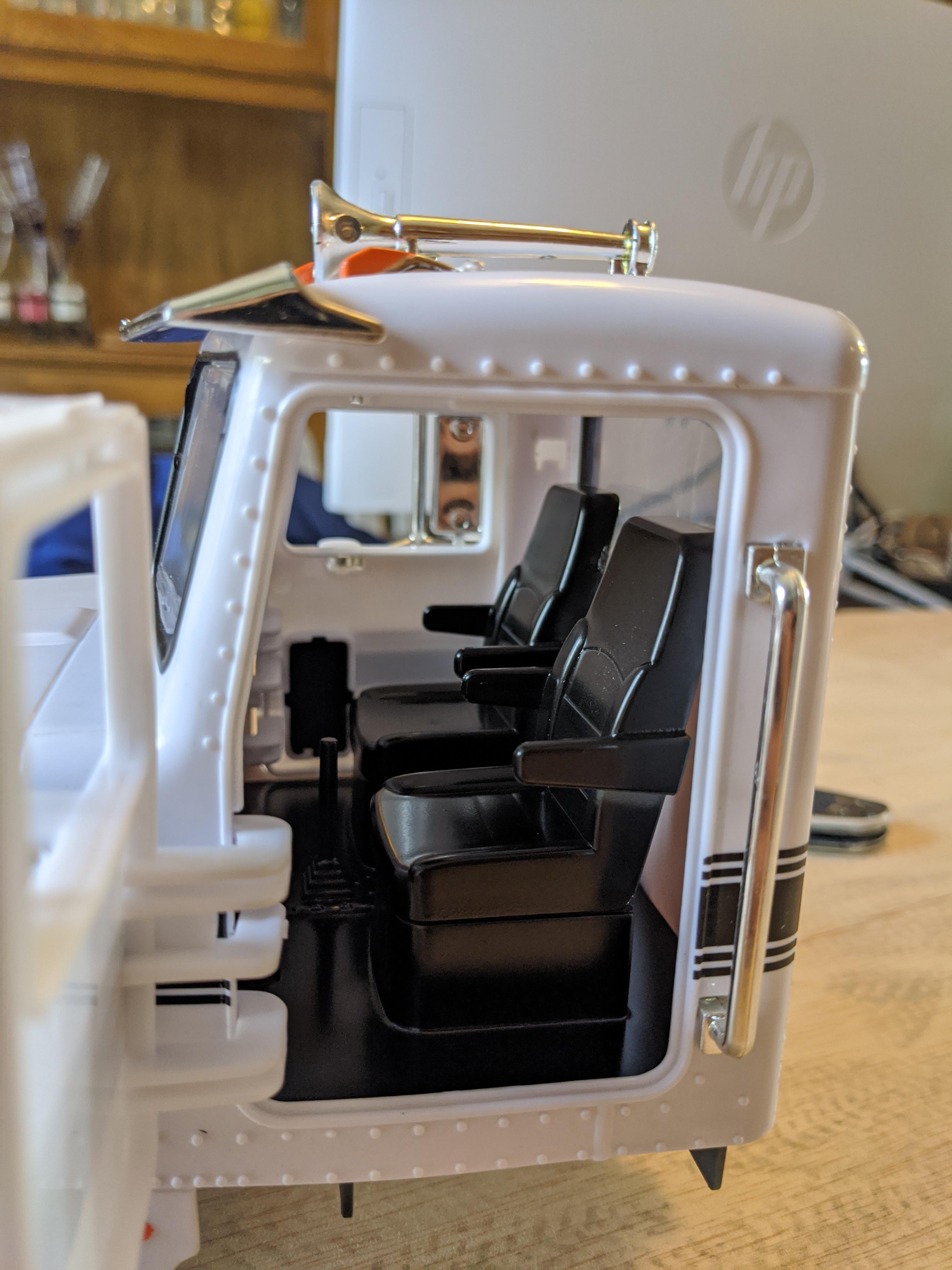 Base coat on the interior 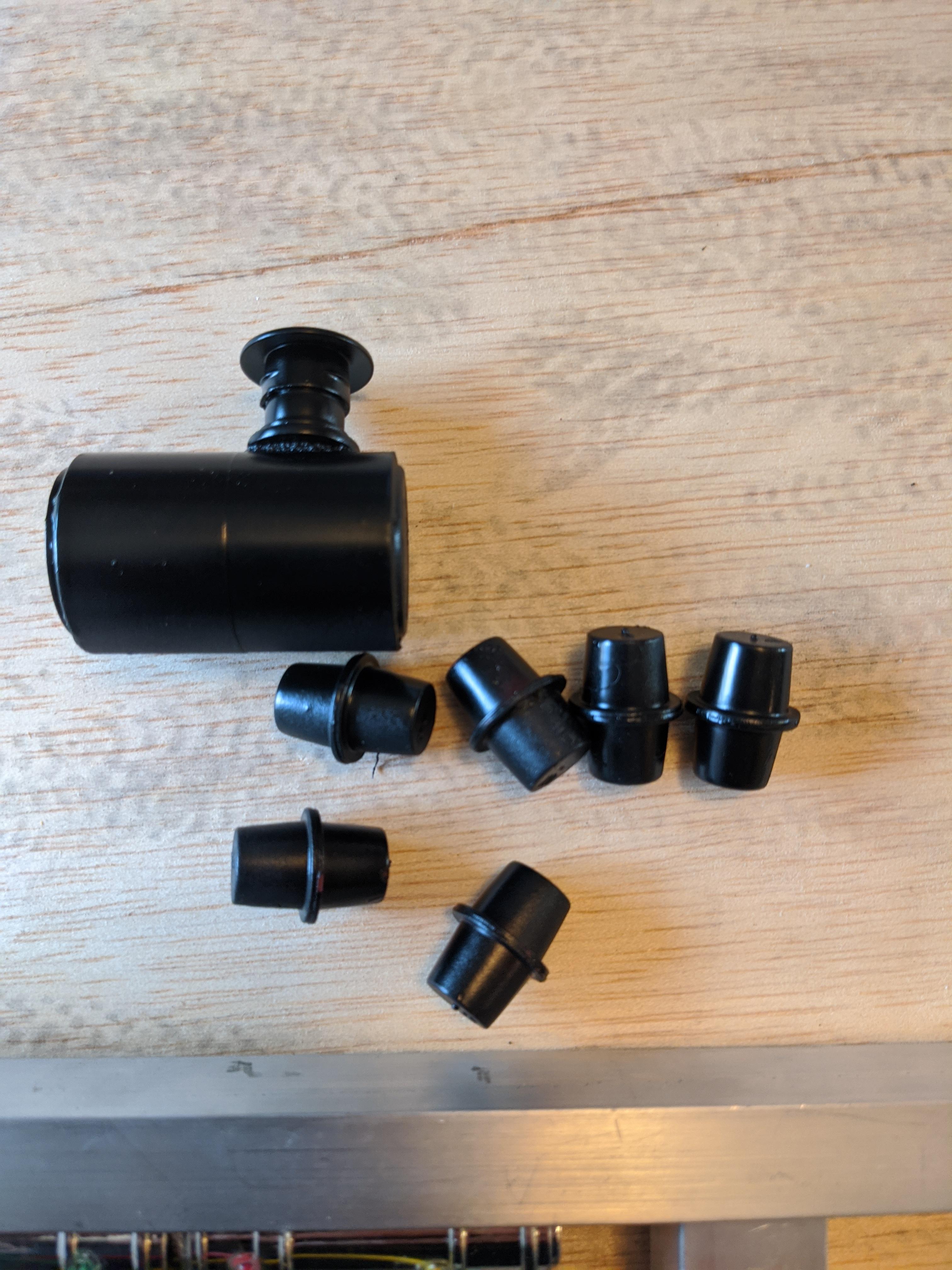 Made some brake actuator cans and an aircleaner housing 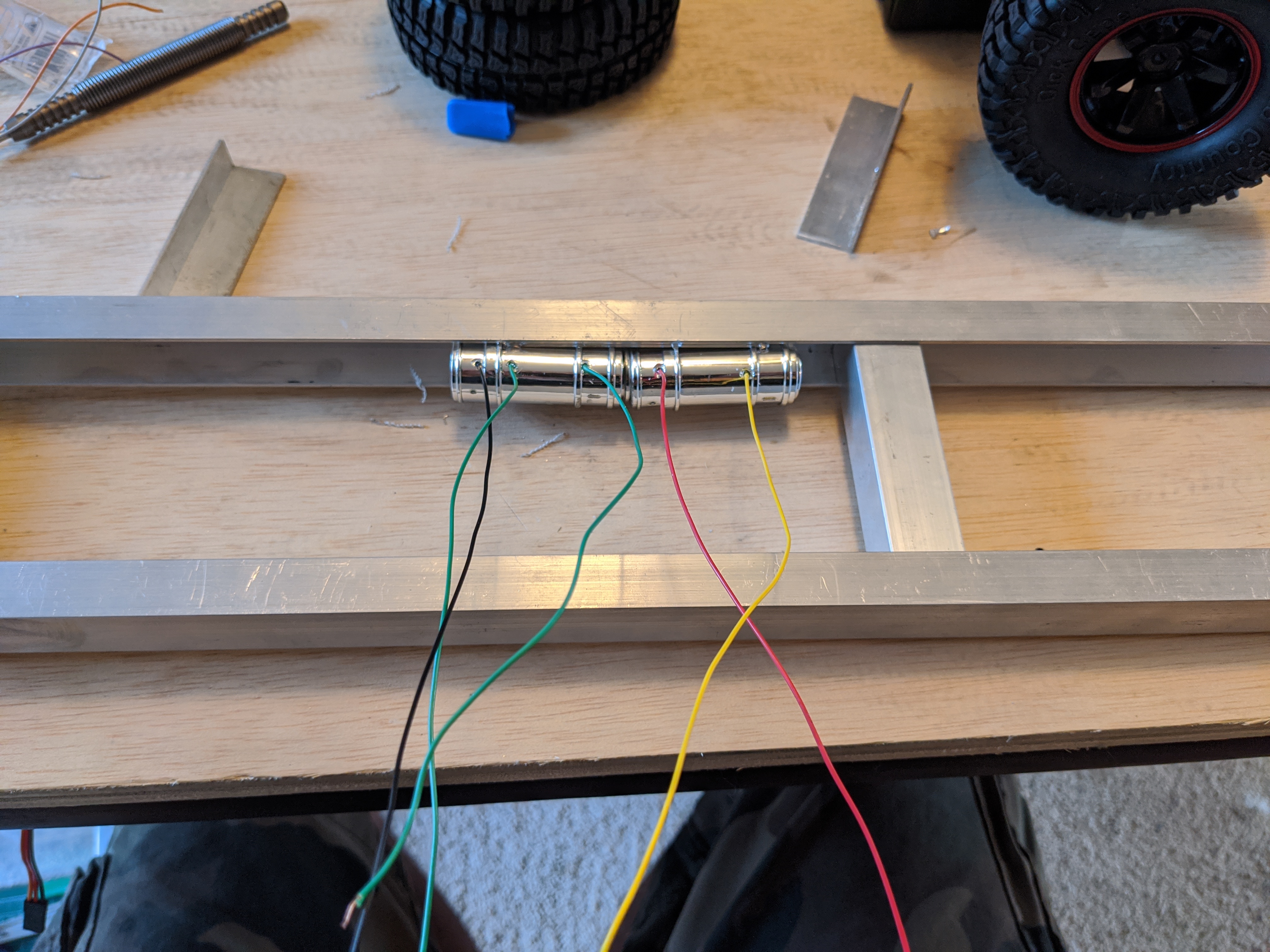