Kicking around flea markets in south Mississippi with my wife and found this. Considering the number of builds that have been done with Tonka trucks, I think this one would be a great candidate - for someone else - not me! This is the second one I've come across in the past 6 months, the other in much better shape. That's rather surprising since I haven't seen any since I was a kid circa 1967. I merely post it to put it out there. Maybe it's a "been there done that" thing and I haven't seen it yet. It's big - estimating 1/10 scale 24" or so long and about 9" or 10" wide. Those are 12' floor tiles under it. 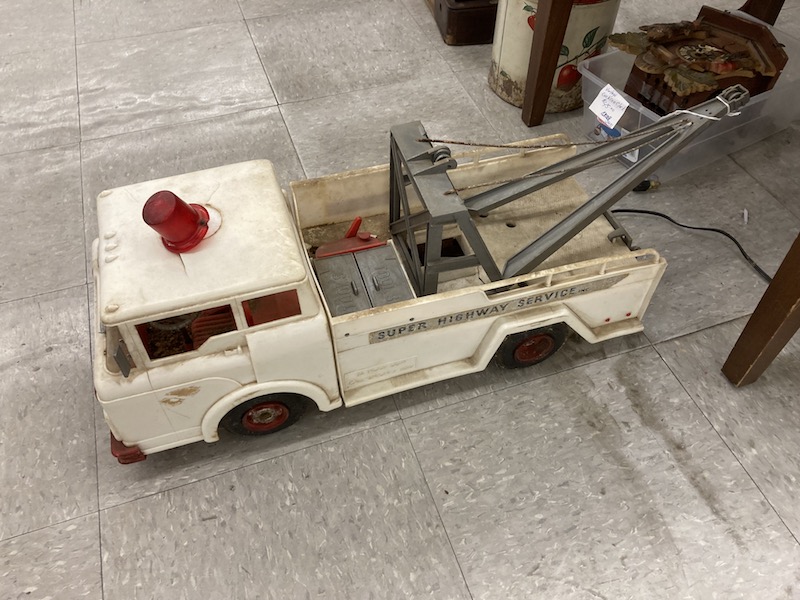 Here's a nicer one on eBay: 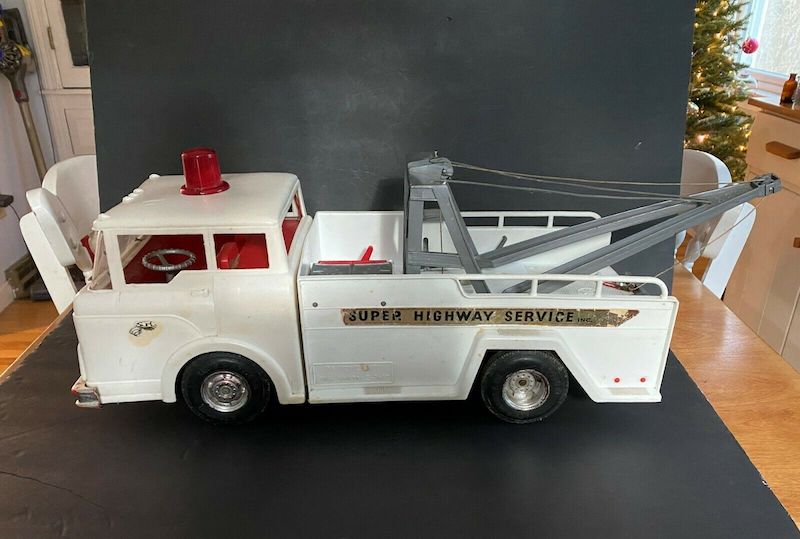 And a view of a chassis also for sale on eBay to get an idea of the workings.

It has a wired remote and it controls everything including the winch. They were asking $32 (the remote is still attached but not shown) for the one I found today and I think $40 for the nicer one I found a few months ago. (That one was complete and only had some peeling stickers. I think it may have sold. I'm happy to put an interested party in touch with the locations to see what kind of deal you might get.)

I remember these when I was a kid as being sort of a rich kid's toy. I think my cousin (whose family had some bucks) may have had one. Fun to see them again.

That's a really cool looking ford COE truck. I knew Marx was really big into making tin toys, but didn't know they did much with plastic

I could totally see you throwing a set of dollies under a crawler, and towing it away with that rig. Maybe even go really crazy and do a rollback towtruck, or make it a 5th wheel semi with a flatbed trailer?